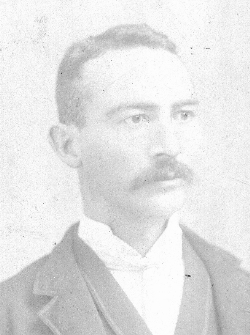 Child of Frederick Henry Moore and Anna A. Merdian 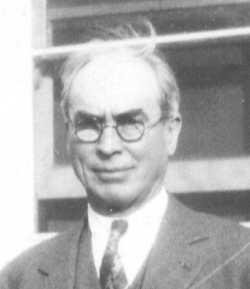 William Moore
William Charles Moore was born on 27 June 1868 at Calhoun Co, MI.. He was the son of John Henry Moore and Celestia A. Burch. He married Mary Euphamia Gerrard, daughter of Alex Gerrard and Marion Campbell, on 29 October 1896 at Riverside, CA..11 He travelled back from Hawaii between 1922 and 1928. He was a County Supervisor from 1929 to 1939 at Riverside Co, CA.. He travelled back from Hawaii in 1948. He died on 14 March 1955 at Riverside, CA., at age 86.12 He was buried at Evergreen Cemetery, Riverside, CA..12
(Comment: About 1888, he moved from South Dakota to Elko Co, NV, where he worked at a cattle ranch. In 1892, he then moved to southern California, and settled in Riverside and engaged in the meat business. He opened his own butcher and grocery market. Click on icon for more details of his life.)

M, b. circa 1735, d. April 1803
Jacob Jacobs was born circa 1735. He married Hannah Johnson, daughter of Benjamin Johnson and Sarah (---), on 28 January 1761 at Monmouth Co, NJ.. In 1770, Jacob Jacobs, of Frederick County signed a Demand Note to Elizabeth Jolliffe for 46 pounds. The note was recorded in the Monongalia County District Court in 1792.
In 1782, Jacob Jacobs is listed in the tax records of Monongalia County with a household of nine persons. In 1787, he obtained a Virginia land grant on Decker's creek for 250 acres, 210 of which he indentured to Abraham Gooseman in 1798.
In 1791 Jacob obtained land grants for two adjacent properties of 88 and 270 acres on Tevebaugh Creek, (now Marion county) which he sold in 1795 to Amos Jolliffe of Frederick County.
He is listed only once in the Harrison County tax lists, in 1802, the year before his death. He and Hannah Johnson became members of the Forks of Cheat Baptist Church in 1781 at Union District, Monongalia Co, VA.. He made his will on 3 March 1803. He died in April 1803 at Harrison Co, WV..


He may have been the same Jacob Jacobs who had a sawmill in Monmouth Co., and who in 1761 bought land on Toms River on east side of Doctors Long Swamp, "which vents into Toms River on end of Dillon's Island," Monmouth Co., NJ. The line of his land is referred to in a survey in 1775. In 1760, Jacob's saw mill, on the south side of Toms River, is named, and after that date Jacob's branch and Jake's branch are frequently named, probably from Jacob Jacobs. In 1779, a Jacob Jacobs was an overseer of the Speedwell saw mill, formerly called Randle's (Randolph's) mill on th eeast branch of the Wading River, which mill was advertised for sale in February, 1779, by Benjamin Randolph.2 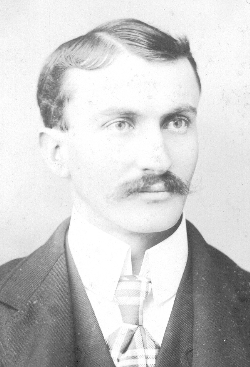 Ned Moore
"Ned" Franklin H. Moore was born on 21 July 1872 at Calhoun Co, MI.. He was the son of John Henry Moore and Celestia A. Burch. Aged 16, he wrote this letter from his family homestead in South Dakota. 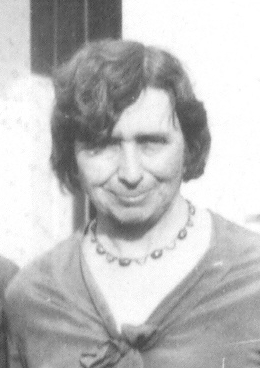 Winnifred Moore
Winifred Abigail Moore was born on 26 December 1880 at Pennfield, Calhoun Co, MI.. She was the daughter of John Henry Moore and Celestia A. Burch. She was 8 years old, when her mother died, and Winnie went back to Battle Creek to live with her Aunt Abbie, who became her legal guardian.10 She attended school in a one room school house at Burch School House, Miller Twp, Marshall Co, SD.. 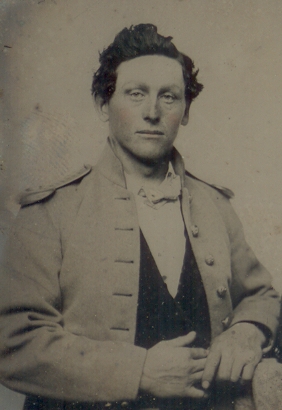 John Henry Moore was born on 8 June 1838 at MA; or Rhode Island. He was said to have run away from home. His parents are unknown.6

On 1 Aug 1861, as a resident of Calhoun County, he enlisted at Battle Creek, MI. with Co. A, 6th Michigan Infantry. The regiment was later renamed 6th Michigan Heavy Artillery, for their performance at the seige of Port Hudson. He was promoted to Sergeant 1 Sep 1863. He re-enlisted 1 Feb 1864. He married while his Regiment was on furlough back to Michigan. He participated in the battles at Baton Rouge, Ponchatoula, Port Hudson, Spanish Fort, and Forts Huger and Tracey. During the seige of Spanish Fort, he injured his knee while unloading cannons. On 20 Aug 1865, he was honorably discharged and returned to Battle Creek Michigan. In 1891, he received a military pension due to his injury to his knee and heart problems.7

He married Celestia A. Burch, daughter of Carolus Horace Burch and Nancy Henrietta Jones, on 1 April 1864 at Marshall, MI..8 He worked in the shops of the Michigan Central Railroad at Marshall, MI..5

Children of John Henry Moore and Celestia A. Burch 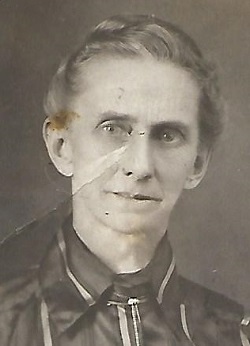 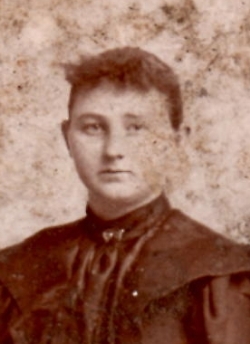 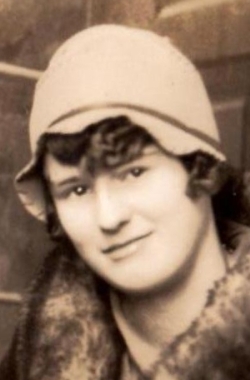 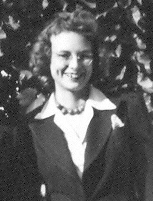 Thelma Armand Hickman
Thelma Juanita Hickman was born on 26 February 1913 at IL. She was the daughter of William Benton Hickman and Clara Monica Schulte. She married Modesto "Musty" Armand. She died on 20 October 1985 at Peewaukee, WI., at age 72. 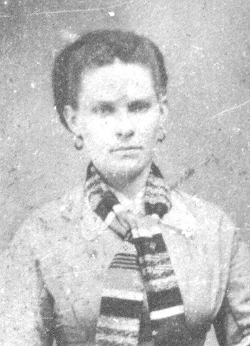 Frances Martin Hickman
Frances Anna Martin was born on 28 February 1852 at Marietta, OH.. She was the daughter of William Victor Martin and Nancy McHenry. She married William Riley Hickman, son of Jesse A. Hickman and Charlotte Waychoff, on 23 March 1873 at Waverly, OH.. She organized the Mountain City Lodge. She was a member of the Pythain Sisters, Knights of Pythias in 1902.9 She died on 13 May 1927 at Phoenix, AZ., at age 75.

M, b. 19 February 1920, d. 20 October 1988
Russel Wilson Justice Jr. was born on 19 February 1920 at Ilwaco, WA.. He was the son of Russel Wilson Justice and Grace Mae Rodman. He married Phyllis Ann Hunter, daughter of Hubert Samuel Hunter and Willa Frances Hickman, on 7 September 1952 at Fullerton, CA.. He was a Graduate Engineer of U.S.C. He was a structural engineer and manager for Lockheed Corp. He died on 20 October 1988 at La Canada, CA., at age 68.

Elizabeth Hickman on her wedding day
Elizabeth Oliphant Haddaway was born on 5 March 1930 at Hollywood, CA.. She was the daughter of Roland L. Haddaway and Elizabeth V. Oliphant. She married Robert Donald Peralta Hickman, son of Howard Dewey Hickman and Aster Isabell Moore, on 1 May 1948. She died on 27 December 2014 at MO. at age 84.