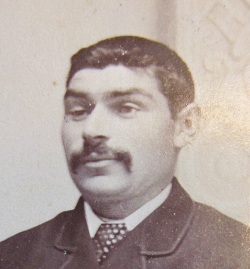 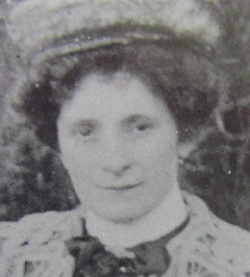 Kate Parry
Catherine "Kate" Parry was born on 16 May 1875 at Llanfilhangle, Denbigh, Wales.2 She was the daughter of John Parry and Anne Roberts. She did not marry. She lived at Moelfre. She died in 1956 at Llangwm, Wales. She was buried at Capel Cefn Nannau, Llangwm, Denbighshire, Wales.

M, b. 16 March 1908
Evan John Roberts lived in Moelfre with two aunts. He was possibly a bachelor. He was born on 16 March 1908.2 He was the son of Evan Thomas Roberts and Jane Parry. He sold Moelfre to Eifion.

Children of Sarah (---) and Thomas Robbins

Children of George Robbins and Mary (---)

Children of George Robbins and Allis (---)

Children of Mary (---) and George Robbins

Children of Allis (---) and George Robbins

Children of Sarah (---) and Richard Hildreth

F, d. circa 1702
Catherine Van Werven was the daughter of Daniel Van Der Werven and Lammertje (---). She returned to Holland in 1654, rejoined husband in NY in 1656. She married Johannes Theodorus Polhemus, son of Johnn Theodores Polhenius and Elizabeth Leisler, circa 1643 at Brazil. She died circa 1702 at Flatbush, NY..

F, b. 1571
Elizabeth Leisler married Johnn Theodores Polhenius. She was born in 1571 at Boikirchen, Bavarian Palatein. She was the daughter of Caspar Leisler and Emilie Eubach.

"Benjamin Johnson, just before the war, and probably during the war, lived in the north or north-easterly part of the village. [Toms River] A person of the same name had a dwelling house on the south side of Toms River, towards Sloop Creek, in 1741, some thirty odd years before the war.")2

Children of Benjamin Johnson and Sarah (---)