Benjamin Chesney served in the Revolutionary War. "He enlisted as a private in the Revolutionary War in Capt. Rudolph's company in Col. Lees' Legion at the head of Elk Creek, Cecil Co, Maryland about the month of March 1775; that he was with the Legion under Col. Lee during the time of the war, was in the Battle of Brandywine, Stony Point, Paulus Hook, Guilford Courthouse and Eutaw Springs, in which last engagement he was wounded by a shot thorough the leg; that after the peace with Great Britain he with part of Lee's legion was transported by sea from Charleston, South Carolina to the head of Elk in Maryland and there dismissed." [Source: application for pension in Monongalia Co, Va. 1818] On the 1818 application Benjamin stated that he was aged 57, and his wife, Margaret was aged 70.
He moved from Rockingham Co, VA to Gustin Run, a branch of Scotts Run, Monongalia County, WV. [History of Monongalia Co, by Wiley, 701, p.737]

Children of Benjamin Chesney and Margaret (---)

M, b. circa 1750, d. 13 April 1818
John Ramsey was born circa 1750 at Augusta Co, VA.. He was the son of (---) Ramsey. He married Mary Everly, daughter of Caspar Everly and Sarah (---). He died on 13 April 1818 at Monongalia Co, VA..
In October 1771, John Ramsey came and settled in the area of the west side of Monongalia River near Scotts Run, near the present day town of Osage. On Jan 9, 1774, John purchased Daniel Harris's improvement which was about a half mile from the River. In 1775, John obtained a land grant of 400 acres and surveyed his claimed land in 1782. There are several dispositions preserved in the Monongalia District Court around 1800-1802, which show the disputes that John and his brother Charles had with other settlers claiming the same area in the 1770's and 1780's.
John Ramsey remained in the area his entire life and the land was passed on to his sons when he died in 1818.
John had followed his brother, Charles Ramsey, who settled a large family in the same area, in the summer of 1770. Charles sold his claim to the land in 1785/6 to Jacob Scott. In a 1799 Court document, Charles is said to "about to move from this state".
The ancestry of John Ramsey is unknown, only that he had a brother named Charles. [There is no known connection between this John Ramsey and another John Ramsey, who also was one of the original settlers of Monongalia County in 1770 and who lived on his plantation on the Cheat River. That John Ramsey died in 1796 and his children moved on to Cape Girardeau, Missouri.] 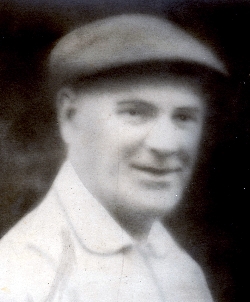 Homer C. Debolt
Homer Clarence Debolt was born on 1 March 1888 at Mannington, WV.. He was the son of George Marion DeBolt and Mary Elizabeth Cunningham. He married Clara E. Fry on 20 August 1908 at Mt. Vernon, OH..10 He was a machinist for the Ralston Steel Car Company of East Columbus. He was jailed in 1918 but later found not guilty of charges related to union organizing.11 He died on 22 January 1942 at Columbus, Franklin Co, OH., at age 53. 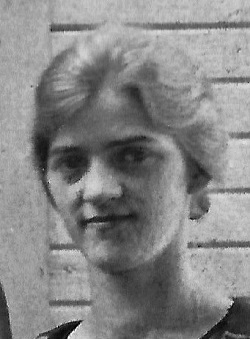 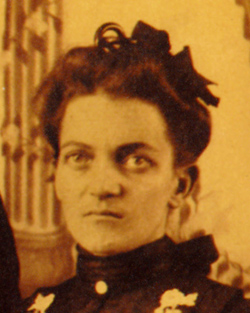 M, b. 1507
Derick Schenck was Loard of Afferden and Blynbeek. He was born in 1507 at Bleijenbeek Castle, North Limburg, Netherlands. He was the son of Derich Schenck Van Nydeck and Maria Van Galen. He married Anna Van Belaer circa 1540 at Goch, Kleve, Nordrhein-Westfalen, Germany.1