Children of James Jackson and Margaret (---)

Children of Margaret (---) and James Jackson 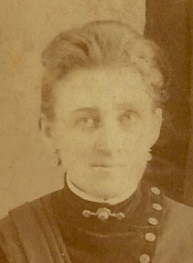 Hattie Allen
Harriet "Hattie" Elizabeth Stevenson was born on 9 March 1847 at OH. She was the daughter of William H. Stevenson and Sarah (---). She married David Robert Allen, son of Daniel Avery Allen and Sarah Jane Laymon. She died on 2 November 1903 at Woods Co, OK., at age 56. She was buried at Rosedale Cemetery, Alfalfa Co, OK.. 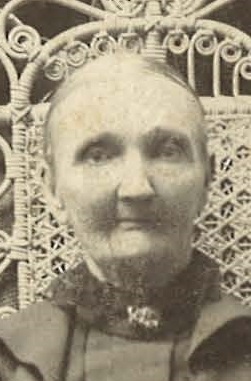 Eliza Ann Culpepper was born on 14 August 1828 at McMinn Co, TN.. She was the daughter of Joel Culpepper and Ann Elizabeth Tyler. She married William Jackson Ash, son of Hugh Brown Ash and Nancy Ann Jones, on 27 February 1849 at Cherokee Co, AL.. She died on 3 April 1920 at Hamilton, Hancock Co, IL., at age 91.

William Jackson Ash was born on 6 June 1825 at McMinn Co, TN.. He was the son of Hugh Brown Ash and Nancy Ann Jones. He married Eliza Ann Culpepper, daughter of Joel Culpepper and Ann Elizabeth Tyler, on 27 February 1849 at Cherokee Co, AL.. He was a tanner. He was the Township Assessor in 1874 and 1880. He died on 24 January 1913 at Hamilton, Hancock Co, IL., at age 87. He was buried at Oakwood Cemtery, Hamilton, Hancock Co, IL..

The following biography of William Jackson Ash was found in the "Biographical Review of Hancock County, Illinois containing Biographical and Genealogical Sketches of Many of the Prominent Citizens of Today and also of the Past." The article was written in 1906 and the book was published in 1907 by the Hobart Publishing Company.

Children of Robert Ash and Esther (---)